To get the best experience on The Bowery Mission’s website, please upgrade to the latest version of Chrome, Safari, Firefox, Edge or Opera. 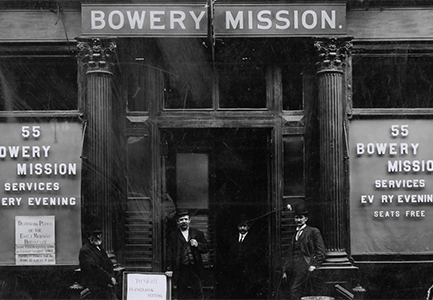 Christian Herald traces its roots back to 1878 when Joseph Spurgeon, cousin of the great British preacher Charles H. Spurgeon, sailed to New York City to establish an American version of the British weekly, Christian Herald and Signs of Our Times.

The newspaper slowly, but steadily increased in circulation, thanks primarily to topnotch preachers such as Spurgeon and T. DeWitt Talmadge, thorough reporting and the application of scriptural principles to current events.

In 1890, Dr. Louis Klopsch, a German-born entrepreneur with a vision for the power of the printed page, bought the magazine. With Klopsch at the helm, Christian Herald sharpened its reputation as exceptional Christian family reading and developed into a large charitable enterprise, meeting the needs of suffering humanity in every corner of the world.

The focus of this widespread charitable effort, however, started here at home. In 1894, the Christian Herald began publishing regular reports of the suffering among New York City's poor. A winter "Food Fund" was launched to help the destitute survive the winter. Many of these poor souls had just immigrated to New York City and had not yet found adequate means of making a living. 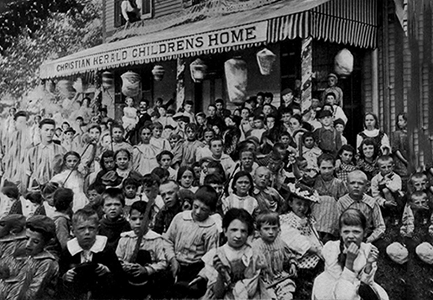 When spring arrived, Klopsch faced a problem — What would he do with the several thousand dollars left over from the food drive? It was suggested the money be used to give a summertime outing to the children of the families that had been helped through the Food Fund.

Klopsch enthusiastically embraced the idea and within a month arranged to bring children to an estate in Nyack, New York belonging to his friend, the Reverend Lawrence Jewett. The first children arrived at Mont Lawn Camp by horse-drawn carriage on June 14, 1894.

In 1895, another pressing need caught Klopsch's attention. It seemed The Bowery Mission, established in 1879 by the Rev. and Mrs. A. G. Ruliffson, was in serious financial difficulty after its original superintendent died.

Klopsch had already learned of The Bowery Mission during a visit to Smyrna on his return from a trip to the Holy Land with Talmadge. An English-speaking mission there was run by a former seaman, John Parkinson, who had been converted at The Bowery Mission.

After the work of The Bowery Mission was stabilized, Klopsch extended the ministry of Christian Herald overseas, continuing to use the magazine's growing influence as a force for social change. The publication always strived to achieve a balance between preaching the need for personal salvation and translating faith into action via the Social Gospel.

The Christian Herald organization also began establishing orphanages in parts of Asia ravaged by war and famine. At one point, the organization was responsible for 11 orphanages, housing 1,400 children throughout China, Hong Kong and Korea. These orphanages prepared children for useful citizenship by teaching general academic courses and providing training in crafts and trades such as wood-working and printing.

Through the pages of Christian Herald, Klopsch and his successors issued appeals for readers to come to the relief of victims of the San Francisco earthquake, the Galveston hurricane and the Kansas City flood. Readers responded with overwhelming generosity. Christian Herald had earned a reputation not only as the leading American Christian family magazine, but also as a clearinghouse for charitable contributions. Time after time, readers responded overwhelmingly to an appeal for aid. Klopsch alone was estimated to have raised $3,300,000 in his day.

The organization continued the tradition of spreading the Gospel and practicing in deed what was preached in the pages of Christian Herald. Over the years, many talented writers, editors and leaders left their unique marks on the publication, including Charles Sheldon, J.C. Penney, Daniel Poling, and Dr. Robert Cook. 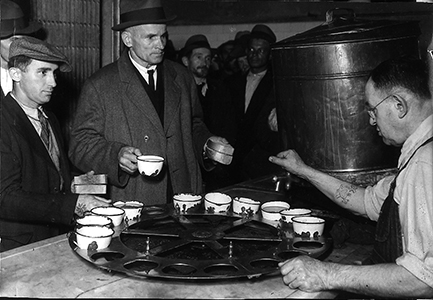 Its legacy of strong leadership continued as well, into the post-World War II year’s right through the 1960s through the efforts of the internationally-known author, lecturer and humanitarian Daniel Poling. Poling was a special wartime emissary of Presidents Roosevelt, Truman and Eisenhower and was the first clergyman to receive the nation's highest civilian award, The Medal for Merit.

The book club was seen as a way to combat the increasing amount of profanity, sex and secular values being promoted in the day's books. Family Bookshelf also produced a healthy revenue stream that helped keep the magazine afloat.

Meanwhile, Mont Lawn Camp continued as an integral component of Christian Herald's multifaceted ministry. Increasing suburbanization, however, began to encroach on the Nyack location. To ensure that needy inner city children would have a refreshing, rural retreat, Christian Herald purchased a 190-acre camp high on a hill above the Delaware River in Pennsylvania's Pocono Mountains. Mont Lawn was moved there in 1963.

As the turbulent decade of the 1960s came to a close, Christian Herald felt the first winds of what would become a growing financial pinch. Radio and television were attracting a larger share of advertising dollars, secular charities were crowding the nonprofit market, production costs for the magazine had soared and, to top it off, circulation was dwindling.

One strategy applied to stem the growing financial loss was the movement of Christian Herald's administrative offices out of New York City and into the less-expensive Westchester suburb of Chappaqua during the fall of 1973.

The magazine's financial struggle grew more severe during the late 1970s and early 1980s. Part of the difficulty may have been the result of quieter, less public leadership. From Poling's tenure on back to the founding of the magazine, Christian Herald leaders had been very public figures for whom the magazine was basically an extension.

But the major factor in the magazine's decline was the proliferation of competing Christian publications, each aimed at a specialty audience. The same trend had earlier occurred in the secular market. After some 3,300 issues, Christian Herald ceased publication with the May-June 1992 issue. The magazine was America's oldest continuously published religious magazine.

In 1994, led by a Board Task Force and new President, Edward Morgan, the Christian Herald organization turned to the ministry where the need was growing and the organization had demonstrated success in the past. Efforts quickly became concentrated on rebuilding lives shattered by addictions, broken relationships and homelessness in the City of New York.

A new purpose statement and sharper vision were developed and the task for building a solid structure of private support from donations began.

In January 1994, The Bowery Mission Transitional Center opened its doors with an innovative 77-bed program, funded by New York's Department of Homeless Services. The program quickly gained a reputation as one of the most effective substance abuse programs in New York City.

In May 1995, Christian Herald became one combined nonprofit corporation, focused on its purpose statement. In 1995 a new strategic plan, Project 2100, sharpened the focus of the organization and laid out a course of action. In late 1995, Family Bookshelf, Christian Herald's last strictly communications business, was sold to Eagle Publishing of Washington, D.C. 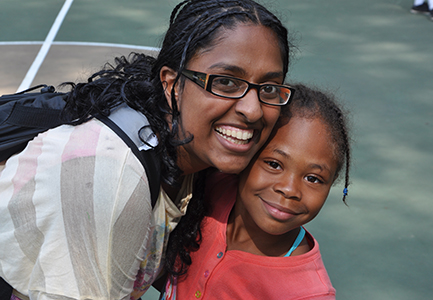 As the organization re-focused on building the city's most effective compassionate care and life transformation organization for people in need, resources began to build and the organization brought in new talent. The Chappaqua headquarters property was sold and headquarters returned to the great City we serve, headquartered at a multi-purpose ministry building at 132 Madison Avenue. By 2000, Christian Herald's ministries were positioned to be self-supporting, supported by over 40,000 individuals, 200 major donors, 40 foundations, a dozen corporations and two government agencies.

The ministries were becoming increasingly visible in the City through effective publicity and events such as a yearly Valentine’s Gala at New York's famed Rainbow Room. The ministries played a leadership role in the Charitable Choice initiatives of the first Bush administration, garnered a grant from the Justice Department and were featured at the August 2004 Republican National Convention.

In 2002, a $1.1 million capital campaign resulted in the renovation of the flagship ministry, The Bowery Mission, drawing favorable press. The Bowery Mission also added free medical services for its clients and community.

In 2004, the ministry celebrated its 125th Anniversary with special events and the re-opening of a 20-bed women's residential program on the Upper East Side, supported by many influential women in New York and housed in a beautifully renovated townhouse.

In 2005, The Bowery Mission's Gala event earned a record $1.6 million and the ministry started services to alumni of its recovery programs, including a jobs network. By 2005, all of its adult locations had computer-based career learning centers.

In 2006, Christian Herald's total funding, from all sources, exceeded $10 million for the first time ever — three times what it was a decade before.

In 2008, the ministry acquired Heartsease Home Inc. through a Board-based merger and gained permanent access to our Women's Center townhouse.

In 2009, Christian Herald confronted a very significant economic downturn with faith and trust in God's providence, launching a new initiative called Don’t Walk By, which brought together other faith-based partners to conduct a five-week street outreach to the homeless on every block in Manhattan. We celebrated the 100th Anniversary of The Bowery Mission's signature Chapel with a five-week arts series, a commemorative ceremony hosted by Paula Zahn and attended by a number of New York's prominent leaders, and the publication of a history of the Chapel.

In 2010, we graduated a recent record of 170 men and women to a new life of faith, sobriety, productivity and hope. Transformed lives remain the central focus and we are grateful for nearly 2,500 lives transformed since 1995.

In 2011, a feasibility study revealed that The Bowery Mission now had enough influence and influential friendships to undertake an historic expansion.

Board and management took a year to determine how and where to expand and how to see more lives transformed, and the Board unanimously voted to grow by reaching new neighborhoods.

In September of 2012, the organization launched a $12.8 million capital campaign to double the number of men’s and women’s recovery program beds and establish a year-round ministry to Mont Lawn Campers, beginning in the South Bronx.

As President Edward Morgan’s 20th year in office ended in 2013, the capital campaign was 83% complete, the new facilities had begun to be occupied, the organization was also preparing to renovate The Bowery Mission’s landmarked flagship location on the Bowery through a separate grant, was serving record numbers of needy New Yorkers with compassionate care, and was adding to the effectiveness and measurability of its recovery programs.

As of 2014, the organization has become one of New York’s most respected and effective charities and, thanks to its generous friends, has grown to over 100 employees, thousands of volunteer hours and $15 million in combined revenue seeing lives changed in New York every week.